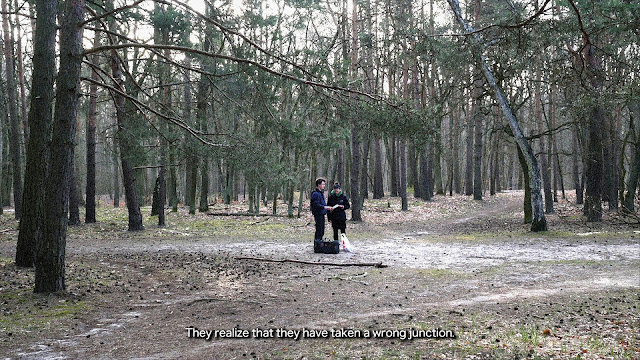 In 1940 Walter Benjamin escaped from the Nazi regime with the help of the antifascist escape agent Lisa Fittko. They crossed the border between France and Spain over the Pyrenees. Afterwards he committed suicide.  The story was re-enacted by the artists and moved to Benjamin‘s hometown  Berlin. While shooting the video Osama Alrmadni was narrating live different passages of Lisa Fittkos memorries. His voice struggling with the German language became stage directions for the artists through Benjamin‘s last journey. 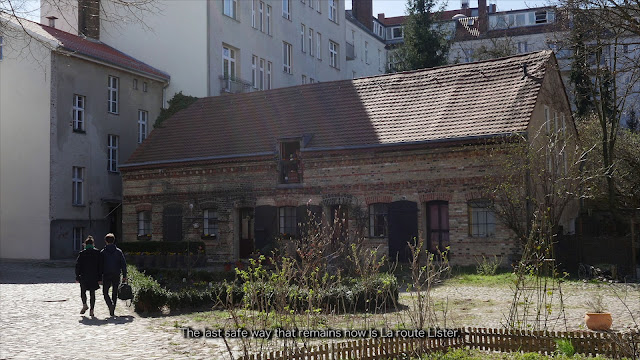 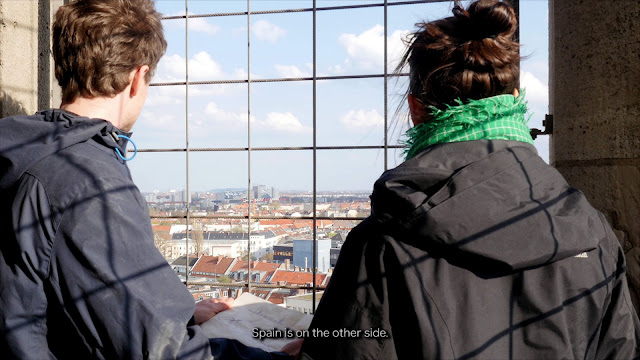 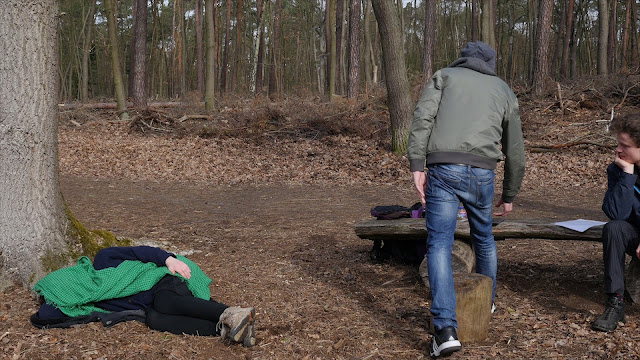 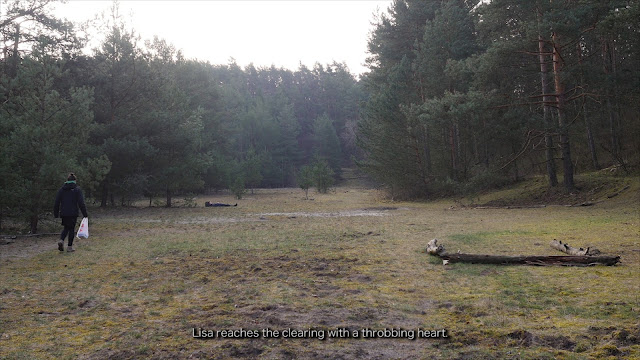 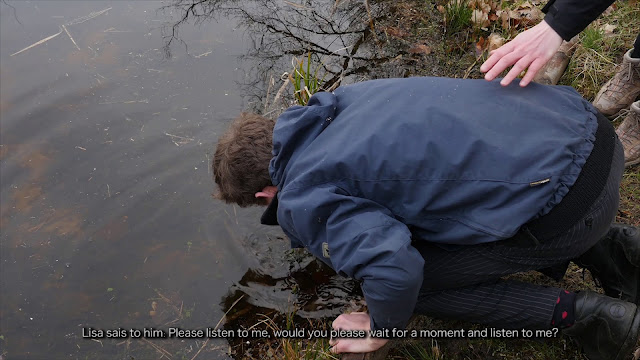